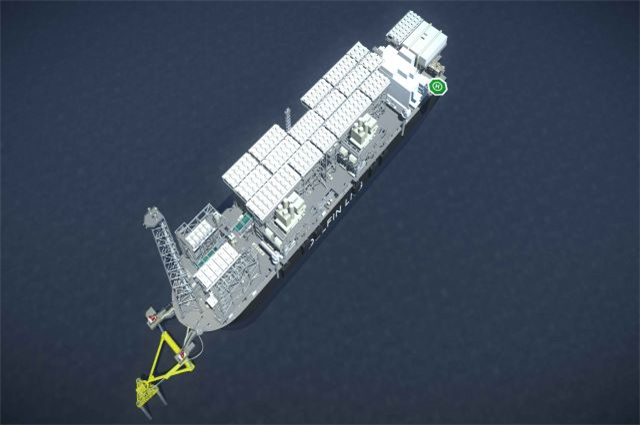 Countries across Europe are seeking to diversify their energy supplies following Russia's invasion of Ukraine and a drop in gas flows from Russia to Europe.

Centrica, which owns British Gas, said the 15-year deal would be worth around 7 billion pounds and involve buying 1 million tonnes of LNG per annum on a free on board (FOB) from the Delfin Deepwater Port off the coast of Louisiana from 2026.

"Natural gas has now been recognised as an essential transition fuel on the path to net zero just at the point geopolitical uncertainty is impacting the global gas market," said Centrica CEO Chris O’Shea in a statement.

Britain is home to three of the largest LNG terminals in Europe -- two terminals at Milford Haven and another at the Isle of Grain -- where the super chilled fuel is converted back into gas.

"Today’s deal between Centrica and Delfin is positive news for the UK, helping to ensure our diversity of supply from reliable sources," Kwasi Kwarteng, Britain's Business and Energy Minister said in Centrica's statement.

The United States became the world's top exporter of LNG in the first half of 2022 and is on course to exceed a pledge to provide Europe with more supplies of gas and help to break its dependence on Russian fuels.

Delfin said in the statement the deal was another milestone towards taking a final investment decision by the end of the year on the United States' first floating LNG export terminal.